Relaxing in your backyard under a gazebo sounds like a dream until you hear a thunder crack. You might find yourself wondering whether or not gazebos are safe in lightning storms.

Gazebos are not safe to stand under when it’s lightning. Metal gazebos are even more dangerous to be near during a storm. Grounding your gazebo helps to make it safer, but does not guarantee your safety. If you find yourself under a gazebo in a lightning storm, seek cover immediately.

Grounding your gazebo might sound extremely daunting, but it actually is quite easy. Read on to find our step-by-step guide to ground your gazebo and make sure you stay safe during the next thunderstorm.

Gazebos are very often the focal points of our backyards, and as such we want to protect them. Natural elements like lightning, wind, and hail could damage your gazebo. Here are a few products to help protect your gazebo.

Products to ensure your gazebo is as safe as possible:

1. Copper rods – Ideal to ground your gazebo and keep it safe during lightning.

2. Anchor Wedge – Perfect to anchor your gazebo from strong winds or storms.

3. Sandbag Weights – An alternative to anchors if you don’t want to drill into your patio.

Gazebos are ideal for protection against the sun and rain. On the flip side, they are not safe to stay under during a thunder and lightning storm.

Let’s dive into the details of why you might not be safe under your gazebo.

Are Gazebos Safe in Lightning?

Gazebos and many other small open shelters are not safe to stand under during lightning. Even if your metal gazebo is properly grounded, it does not completely ensure your safety.

According to the National Lightning Safety Institute even if your gazebo is grounded and has down conductors it will not be safe to shelter under.

Rather take cover in your house or any nearby building.

Metal gazebos do not attract lightning. Instead, metal conducts lightning, which means it allows lightning to travel through it. Metal acts as a path for lightning to follow.

It is not a good idea to stand under a metal gazebo in a lightning storm or a wind storm. If lightning strikes the gazebo it will travel through the metal and into anyone standing underneath.

Grounding a gazebo could reduce the possibility of this happening, but not completely prevent it.

Do Gazebos Protect You From Lightning?

A gazebo will not protect you from lightning, especially not if it is a metal gazebo. No matter the material, if you see a lightning storm approaching you should take cover inside your house.

Metal gazebos conduct electricity, so they should be grounded.

You can ground a gazebo by mounting copper rods to the base of the gazebo and driving those rods at least six inches into the ground.

Can You Use a Gazebo in a Thunderstorm?

Since a thunderstorm goes hand in hand with lightning, you cannot use a gazebo in a thunderstorm. A metal gazebo conducts electricity, so if lightning were to strike the gazebo, anyone underneath it would be in danger.

Even if you ground your gazebo with copper rods to combat a lightning strike, it is still not 100% safe.

If you’re in a thunderstorm you should seek shelter in your house or any enclosed building.

Can Lightning Strike You if You’re Under a Gazebo?

Lightning cannot strike you directly under a gazebo but the chances are high for a touch voltage to give you an electric shock. If you are touching any part of the metal gazebo you will get a life-threatening electric shock.

Since human bodies are made up of roughly 60% water, it is considered to be a good conductor of electricity.

This means that electricity travels through our bodies and into the ground. That’s why it is dangerous to stand under a metal gazebo in a thunderstorm. 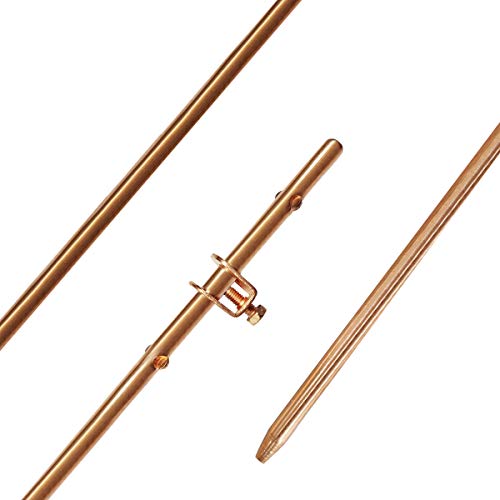 Can You Get Hit by Lightning in a Gazebo?

Lightning cannot hit you if you’re standing underneath a gazebo, but that doesn’t mean that you are safe. Metal conducts electricity, so you would still be able to get a life-threatening electric shock if standing under a metal gazebo when lightning strikes it.

Even if your gazebo is grounded with copper rods, it still would not ensure your safety from lightning. The best practice would be to take shelter in your home, which is completely grounded.

Is It Safe to Stay Under a Gazebo During Lightning?

Although standing under your gazebo during lightning might seem like adequate protection, it is not. If a lightning strike were to hit your metal gazebo it could be life-threatening to anyone sheltering underneath it.

It would be safer to run and shelter in your house. Grounding your gazebo with copper rods before an expected storm could give you some degree of protection.

But it is certainly no guarantee that you are safe.

Should You Stay in a Gazebo During Lightning?

You should under no circumstances stay under a gazebo during a lightning storm. Any small open shelter would not be safe to shelter under. In most cases, gazebos are not proficiently grounded to combat a lightning strike.

Even if your gazebo is grounded, that does not mean it is completely safe. Grounding a gazebo simply adds an extra layer of protection.

You might still get an electric shock through the metal.

Am I Safe to Stay In My Gazebo During a Storm if It Is Grounded?

It would not be considered safe to stay in your grounded gazebo during a thunderstorm. Copper rods would allow some of the lightning current to travel into the ground, but not all.

This means that a person standing under or near a grounded gazebo would still feel an electrical shock if it is struck by lightning.

Therefore you should run into your house as soon as you suspect lightning or a thunderstorm.

How Do You Ground a Gazebo?

Gazebos are not safe to stand under during lightning, however, you can ground your gazebo to add some protection.

Please note that grounding your gazebo does not 100% ensure your safety, let’s discuss how to ground your gazebo.

Can I Ground My Metal Gazebo?

Plant copper rods next to each leg of the gazebo and fasten these rods with a bracket. This is the best way to ground your gazebo as copper is one of the best electrical conducting materials. It’s even found in most electrical wires in your home.

To alleviate the danger of a lightning storm under a gazebo, you should ground it. Using the steps we described above, grounding a gazebo is easier than it might seem.

We only recommend using copper as it is one of the best electrical conducting materials.

What Are the Benefits of Grounding a Metal Gazebo?

Grounding your gazebo could give you a life-saving added barrier if you’re caught in a lightning storm under a gazebo. This is because a metal gazebo conducts electricity and can shock anyone who stands underneath it.

Grounding your gazebo does not mean that you will not get an electrical shock in a lightning storm, but it could provide you with an extra few minutes to run to your house and take shelter.

A gazebo will never be 100% safe in a lightning storm.

Do I Need to Ground My Gazebo That Is Attached to My House?

If your gazebo is attached to your house, it’s likely that it is already grounded, so you would not need to ground it. However, if you’re not sure you can contact an electrician to check if your gazebo is grounded.

If your gazebo is a stand-alone structure it would definitely need to be grounded when being built or any time thereafter.

If you are planning on building a gazebo that attaches to your house it would also need to be grounded.

How Do You Ground a Metal Gazebo?

Grounding your metal gazebo is easier than it sounds. You would need four copper rods, fastening brackets, and maybe a drill. This is a beginner-friendly handyman job that could buy you more time in the next lightning storm.

How to ground a metal gazebo: 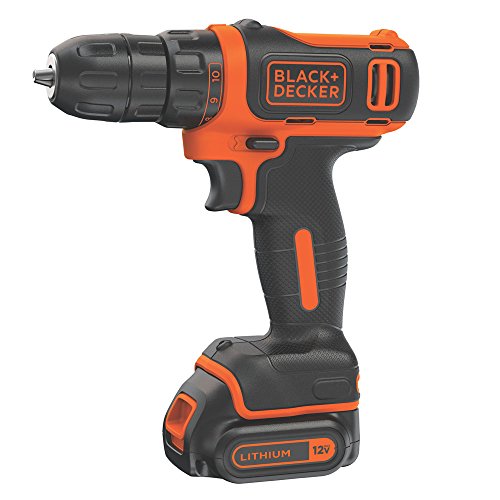 What Type of Stake Do You Use to Ground a Gazebo?

You need to use a copper rod to ground a gazebo. This is because copper is considered to be one of the best conductors of electricity (apart from silver). Luckily, copper rods can be purchased at most hardware stores.

Copper is ductile, which makes it easier to use in electrical wires. It is also inexpensive compared to silver and thermal resistant.

Copper rods would be your best option if you’re planning on grounding your metal gazebo.

How Deep Do You Need to Put Stakes to Ground a Gazebo?

To properly ground your gazebo, you would need to plant copper rods at least six inches into the ground, the deeper the better. The deeper the rods are buried, the more earth it is in contact with.

Improper grounding could be very dangerous during lightning, especially if you’re stuck under a metal gazebo.

You could also pour concrete around the rods after planting them to make them more secure. This is especially helpful if you have a permanent gazebo.

Can You Use Plastic Stakes to Ground a Gazebo?

Plastic is an insulator, which means it does not allow electrical current to flow easily through the material. Therefore, plastics are not a good option to use for grounding your metal gazebo.

If you use plastic rods, they might melt after the first lightning strike. Even if they do not melt, they will not add extra protection to whoever is standing underneath the gazebo.

It would be best to use copper rods to ground your gazebo. 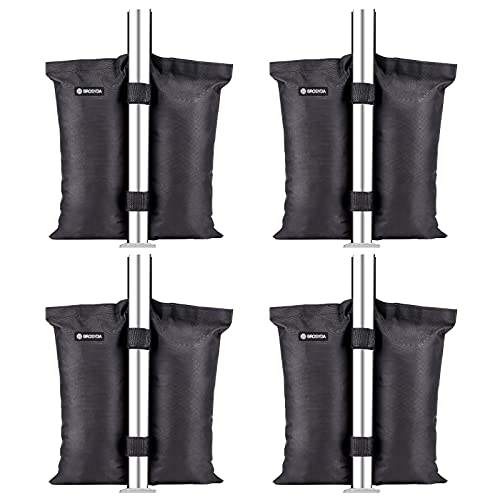 Should You Leave a Gazebo up During a Thunderstorm?

If your gazebo is a permanent or semi-permanent fixture, it would be able to withstand thunderstorms. However, if you have a sports/camping gazebo it might be best to pack it away before a thunderstorm hits.

These gazebos are made with a PVC material that is durable enough to withstand sunshine and rain.

Thunder and lightning may damage this material though, along with strong winds that might tear the PVC.

How Do You Secure a Gazebo on Concrete?

To secure your metal gazebo against wind and other natural elements, you could use wedge anchors and attach them to the metal frame. This will allow the gazebo to be bolted directly into place.

These wedges will keep your gazebo intact during almost all-natural elements.

However, if you don’t want to drill a hole into your patio, you could simply add a weight to each leg of the gazebo.

These heavy-duty sandbags would be a good alternative.

All in all, the best practice would be to run for cover in your house as soon as you suspect lightning.

If your gazebo is grounded you can feel a little more safe standing under it during a lightning storm. With the holiday season in full swing, many people have seen cars lit up for Christmas, either in their… As Martin Luther King Day nears, many people are starting to think about how to decorate for the occasion…. Pumpkin spice everything, dried flowers, all the hues of red and orange you can imagine- Fall is a season… Decorating for Christmas is such an exciting time of the year. It’s a way to welcome the holiday season…